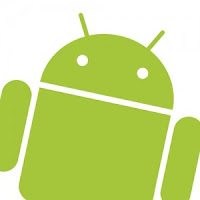 Mashable just posted that Google has launched a new tool called the Google App Inventor.  This new tool is supposed to enable non-coders to develop their own apps. Using a modular programming process, the neo-developer can drag and drop “blocks” to create the look, feel and functionality of the desired app.

Imagine using this capability in K-12 schools. I am not talking about programming class.  I am talking about History, Geography, Math, English and Spanish. Students will be able to augment their learning by creating apps that can assist them in solving problems and posing new ones.

The New York Times said that Google has been testing this for a while in the schools already to test out how it works.  A nursing student at Indiana University created an app that would call an emergency number if someone fell. The program used the phone’s accelerometer to sense a fall and if the person didn’t get up in a short while or press the onscreen button, it would automatically make the call.

Not a problem. I told them that I am a Google Certified Teacher and then explained some of my visions for this wonderful way to empower the “regular guy/gal.”  I hope that I am accepted.

Here is a video that shows how a neo-programmer creates, loads and executes a simple Android app in just over a minute.

Will these be polished and sophisticated applications?  I don’t know enough about the interface, but at least this tool will provide the canvas upon which our creative artists can develop prototypes that can later be refined commercially if need be.

What do you think?  How would access to this type of programming assistant affect how students learn in your class?