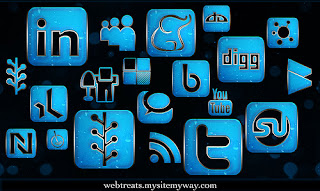 Are you using Social Media/Social Networking in your classroom?
I don’t know about you, but a lot of this jargon is getting confusing for me. What is the difference between Social Media and Social Networking? Should they/Could they all be used in your classroom?
After a great deal of research, here is my understanding of the differences:
Social Media is user-created media designed to be shared through social interaction. This can take the form of blogs, forums, wikis, podcasts, social news, etc.
Social Networking is the process of building a social structure of individuals or organizations. It doesn’t have to be done over the internet. We engage in “unplugged” social networking all day long. It is primarily the system for the social interaction used to share social media. It can include Facebook, Twitter, Linked-in, MySpace, FriendFinder, Classmates, etc.
Looks like a confusion of the content with the process. Content being social media while process being social networking.  The funny thing is that each entity affects the other. Social media is determined by the content that will be interesting and the medium through which it will be shared. The structure of the social networking systems is determined by the media that is shared through them. I am beginning to refer to the “whole lot” of them as Social Technologies.
I was just working on some school work when I was interrupted by the periodic twirl of TweetDeck telling me that it has detected another Tweet from my designated searches.  Interestingly enough, it yielded a few interesting resources about Social Technologies in education.
Here they are:

Do you have any ideas for using Facebook in Education?

Z
Photo: Some rights reserved by webtreats
What’s YOUR opinion?
Leave a comment and keep the discussion going.