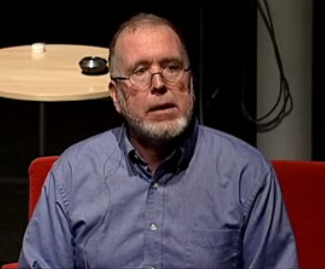 Kevin Kelly gave a TED Talk in December, 2007, entitled “Predicting the Next 5000 days of the Web.” In this 19-minutes talk, he discussed where the Web has been, where it is now and where it will probably be going.

I especially liked Kelly’s talk because he agrees with what I have been thinking for years. He says that through the Web, we are developing a single one-ness of knowledge. We are building a semantic web of connectedness through which people can share, learn and develop a better understanding of the universere (however you define that.)

Throughout the talk, Kelly cited a number of stats that you might find interesting. He didn’t cite his sources for the stats so if you use this information, you will probably have to cite his presentation or do additional research to find his source. (If you find the sources, please add them to the comments below.)

I STRONGLY recommend that you watch this TED Talk (as well as the other 400 talks). I know that David Thornburg has said that watching TED Talks has replaced his watching TV. I can’t say that I have completely “made the switch” but I am definitely learning more from TED than “Burned Notice.”

Web Stats according to Kelly:
(Remember that he quoted these stats in December, 2007. He also quoted Moore’s Law that says computing power doubles every 2 years – you do the math.)

He compared the Web to the complexity of the Human Brain

Identified it as a McLuen Reversal where:

Explored the Restructuring towards a Semantic Network

Kelly ended by describing The One. This is his prediction of the future world and how it is interconnected through the Web or whatever form on connected network we will develop in the next 5000 days (13.7 years). (Sounds like The Borg to me.)

There is only One machine
The web is its OS
All screens look into the One
No bits will live outside the web.
To share is to gain.
Let the One read it.
The One is Us.

What do YOU think? Do you agree with these Web stats that Kevin Kelly has presented?