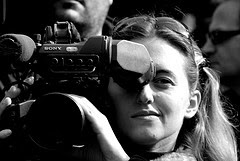 Ever create a video and upload it to YouTube? Everybody’s doing it. Although the statistics haven’t been openly available since Google acquired YouTube for $1.650,000,000 (in Google stock), Comscore estimated that in January 2008 alone, nearly 79 million users had made over 3 billion video views. 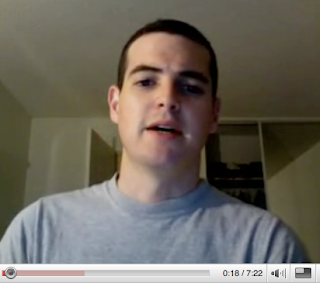 . It is not too complicated. You will note that he did this video while on a studybreak from “writing essays for business school” (note that it has been viewed almost 11,000 times – not bad for a studybreak.)

Jon4Lakers was also courteous enough to provide some instruction on how to use Photobooth on his Macintosh to create YouTube videos.

Wondering how to do this with Windows Movie Maker? It is a little more complicated, but JohnGregory08 from Australia provides a 10-minute video about using MovieMaker to create a video.

Want to know how to do specific things in Movie Maker?
Atomic Learning has a set of 63 free videos for Windows Movie Maker 2.

Screencasting
Wondering how to share what’s happening on your screen? This is called a screencast. There are a number of programs that you might want to use: Snapz Pro X (Mac) or Camtasia (Windows)

Another option for screencasting is Jing. This is a free, on-line version of Camtasia by the same company, TechSmith. Dr. Z has already posted on Jing in an earlier blog posting. It is a powerful tool that will allow you to create an online video up to 5-minutes in length. Read his posting to learn more about it.

Here is a video that demonstrates and explains Jing.

The world is full of examples of educators using videos to involve k-18 learners in expressing and exploring new ideas. Here are a few examples. Those of you in the EIT class should have received invitations for becoming authors in this blog so add your own examples (followed by your name). If you aren’t from this class but have ideas, add your suggestions as comments: