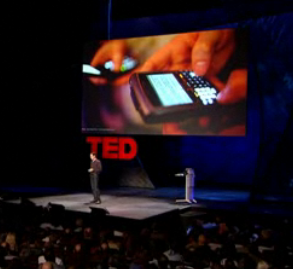 Just listened to Evan Williams, founder of Twitter, on TED Talks. In his 8-minute talk, he explained how Twitter was molded by how users used it instead of how the company designed it. Here are some highlights from the lecture:

Would you believe that at the end of his talk, the MC of TED searched Twitter to find about 50 tweets about Evans’ talk.

Here is a man who is changing the world with his imagination. He invented Blogger as well.

BTW, if you aren’t watching/listening to TED (Technology, Entertainment, Design) Talks, you are missing an opportunity to listen to the greatest minds in the world.