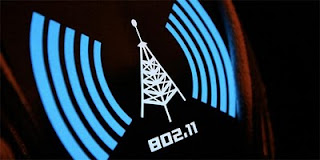 WOW!! I was just reading the Digital Education blog @ Education Week when I learned about Super Wi-Fi and White Spaces.  There I was . . . innocently reading their posting on how the FCC Approves E-Rate Changes . . .

When BAM, I am hit with new terms that I had not before known – Super WiFi and White Spaces.  Following the learning process that we all follow, I quickly did a Google search to find out more about these two entities.

Turns out that at the Tested blog, they had an article entitled FCC Opens White Space Spectrum for Super Wi-Fi where I learned about this new opportunity for WiFi. Turns out that the FCC ruled on 9/23/10 that they would open up an empty portion of the radio wave spectrum between TV and broadcast stations.  This “White Space” would be used for “Super WiFi.”  Apparently, WiFi has been operating on a “Junk Band” since its inception and the white space will bring about a massive increase in broadcast range.

One article that I read said that the Super WiFi could travel as much as 16 times further than our existing WiFi.  Presently the 802.11n routers will adequately carry a signal 100 meters. The Super WiFi is purported to have a range 16X that of our standard routers.  That means that these could have a distance of 1600 meters (= 5249.343832020997 feet) or almost 1 mile.  Imagine that!!! You could have a Super WiFi system that would range 1 mile from its source.  That means that there would be a circle with a radius of 1 mile.   Obviously there can be confounding variables like buildings and trees and ??, but the possibility is dumbfounding.

What could your school district do with routers that have a 1-mile range?  Think of the homes we could supply with Internet access so that students who li can’t afford broadband will be able to do homework when they take home their laptops from their school.

What are your thoughts or experiences or visions about this?